A Foodie guide to Milano


Since I get 498567 queries a day about “Heyyy I’m going to Milan for some days, since you lived there you tell me some awesome places to get actual Italian food”, I figured it would be much more efficient to write down all the recommendations (spoiler: I think it’s hard to find “proper Italian food” in Milan, as you’re better off going to small towns for that, but I’ll do my best in here) in a place I can point everyone to. So, here we are.

This is intended to be a living document, so if you have any suggestions/corrections, just bother me here, or open a Pull Request, and we’ll fix it.

Note: the following sections are in no particular order, just pick some or read through all of them.

Disclaimer: I’m not affiliated with any of this places (yet. I mean if you want me to sponsor your place let’s talk, but if you have good stuff I’ll happily send people your way anyways), all of this is just unconditional love for the good food.

I mean, of course. This is the first thing you want to do when you get in the city 🍕.

I like breweries I guess. And I think Milan is a good place for this kind of “frank” (as in no-bullshit) but really well-designed breweries (something about the city being a capital of design but also a really practical place where people do things, but I digress). So here’s my favorites:

As in, “ok but where do people hang out?”. So I guess I’m going to send you to Navigli. Long story short even though there was not supposed to be any river going through the city, some Reinassaince big guy wanted Leonardo Da Vinci to build some channels to connnect the city to the sea (they actually started much before that, but it’s an easy story to tell). Fast-forward some centuries and we don’t need direct sea connection anymore, but we can reuse these nice channels to host a big population of mosquitoes and hang out and feel like in Amsterdam. 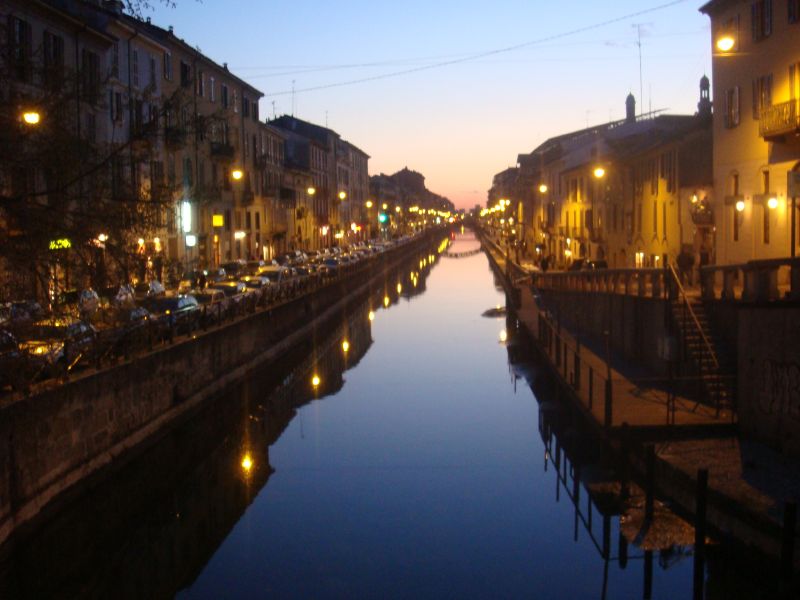 What to do there?

Milan is totally the capital of aperitivo. The concept is like “you go to a bar around 18-19 with friends, get a Spritz, and have some finger food in the meanwhile”. In practice things got a bit out of hand, and some places now serve a pantagruelian delicious buffet, so it’s easy to have dinner there. Here’s a slightly informative article about it.

A nice place with a high concentration of aperitivo places is Naviglio Grande. You can pick a place in advance, but if you don’t, there will be some people tring to get you into some place (I don’t know, a place I went often was this one, but TripAdvisor might have better suggestions than me on this), but since the competition in the area is high, almost any place is going to be ok.

So you’ve eaten, or maybe not, and want to stay in the area to get drinks. Worry no more:

Right. You want to go either to Corso Vittorio Emanuele II or Corso Buenos Aires. If you’re into fashion, I assume you already know about Via Monte Napoleone. If you’re not, it’s still worth it to go there just for the laughs.

Actually, how about strolling around

If you read up to this point, it could be that you are interested in just strolling around the city and seeing monuments and nice things and stuff. I like walking around the city, so I can advise some nice targeted and landmarks-intense paths:

Spam some people with this

Trying to make the world a nicer place to be in, all together.
Software Engineer, Hacker, Functional Programmer